What I’m about to describe is a terrible tragedy. I say this somberly and seriously. I think we can learn from this and find a better path forward. I hope it inspires followers of President Trump to leave his fold, for he is leading them astray and the consequences are severe.

To anyone who thinks President Trump is just a funny guy, perhaps mildly led astray but really just a wonderful man and President looking out for your country and doing what’s right for us all, let me introduce you to someone else who deeply admires and loves this man: her name is Ashli Babbitt.

You can see her picture below. She’s a 14-year US Air Force Veteran. 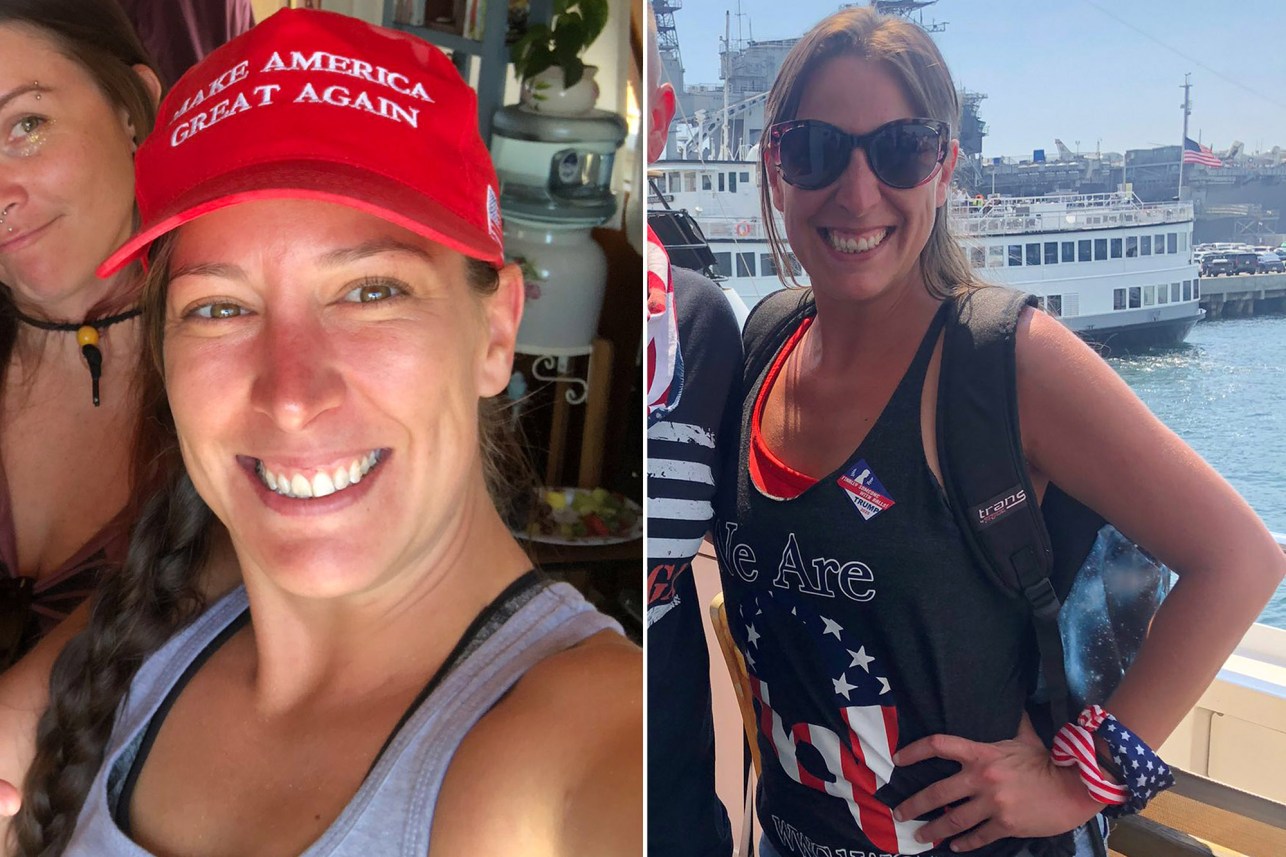 She loved her president. She was willing to die for him. And, today she did (article, video, and graphic photo), while breaking into the US Capitol building to demonstrate her love to him by trying to somehow influence the Senate to overturn the results of the election so President Trump could illegitimately remain in power.

You need to realize there are real consequences to your beliefs regarding President Trump’s words, lies, false claims of fraud, and peoples’ actions when they follow him. Today, Ashli Babbit, 14-year US Air Force Veteran, mom, and wife, is dead because she believes the lies of a disgusting, immoral president, President Trump, who would rather see you and her dead than admit he lost a legal election.

He is inventing lies of fraud because he doesn’t know what else to do. He’s so afraid to “lose” because he hates losers, he demeans losers, he despises losers, he criticizes losers, and he cannot stomach the thought of being one himself. He thinks he has to make up garbage and cry “fraud fraud fraud!” and and incite violence rather than admit he lawfully lost a lawful election. The cases of fraud have been analyzed and decided, and no significant evidence of fraud has been proven in any court, despite President Trump taking it to many many courts.

Beliefs have real consequences. Words lead to actions, and you need to say “enough!” to President Trump’s lies and cast him out of your lives forever. He is no patriot. He is no saint. She is no martyr for a good cause. She’s just needlessly dead because she loved Trump so much and bought into his deceit.

This is a serious subject. This is a serious matter. Her life and her family’s lives are forever altered, FOR NO GOOD REASON. Democracy is at stake, and the attacker of it is the very person (President Trump) who is supposed to be defending it! Wake up! Open your eyes and see what your beloved president really stands for! It’s despicable!

Here are her beliefs:

“Nothing will stop us….they can try and try and try but the storm is here and it is descending upon DC in less than 24 hours….dark to light!”, she wrote in a tweet on Tuesday”

…(yesterday), one day before her death.

WHERE WILL YOUR BELIEFS TAKE YOU!?

Please be respectful of her and her family. She’s not evil, she’s deceived. That doesn’t mean she deserves to be dead and her husband to have no wife and her kids to have no mom. My heart goes out to them. I am deeply saddened by their loss. This is a terrible terrible tragedy.

President Trump is the one most responsible here for leading people away from truth until they feel so trapped because of the severity of his lies that they feel they have no way out but to act drastically according to his damning (damning = literally, stopping your forward progress) lies.