As a deeply concerned, but long-time Republican, I didn’t fully make up my mind to vote for Biden until the latter part of the final Presidential Debate. But, I am so glad I did vote for Joe Biden! The speeches given by he and Kamala Harris tonight are some of the most powerful, positive, and uniting speeches I have ever seen in my entire life. If you have not watched them yet, please, please do. See here from 2:27:35 to 2:54:33. You may also click the images below to jump to the start of their speeches: 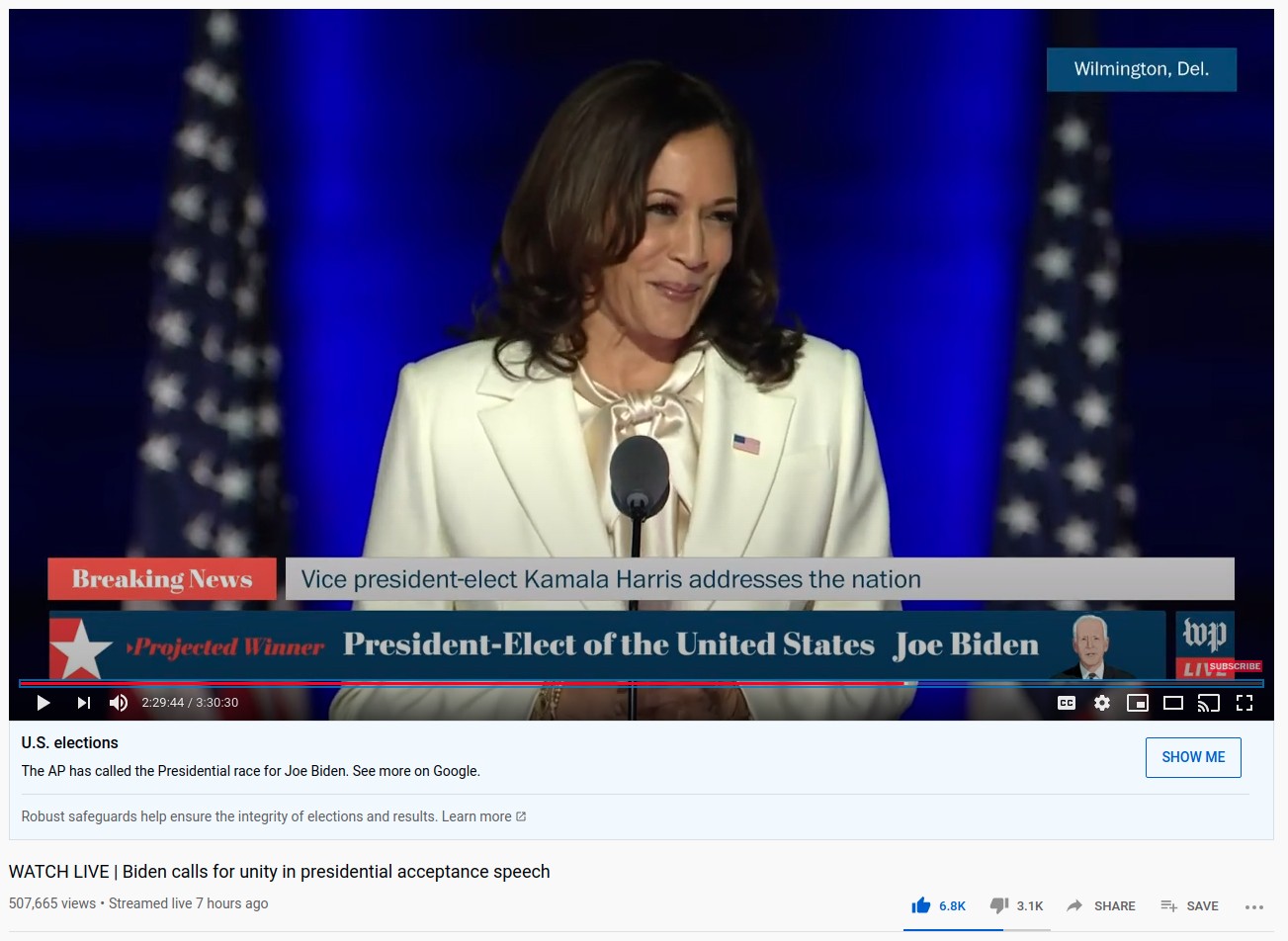 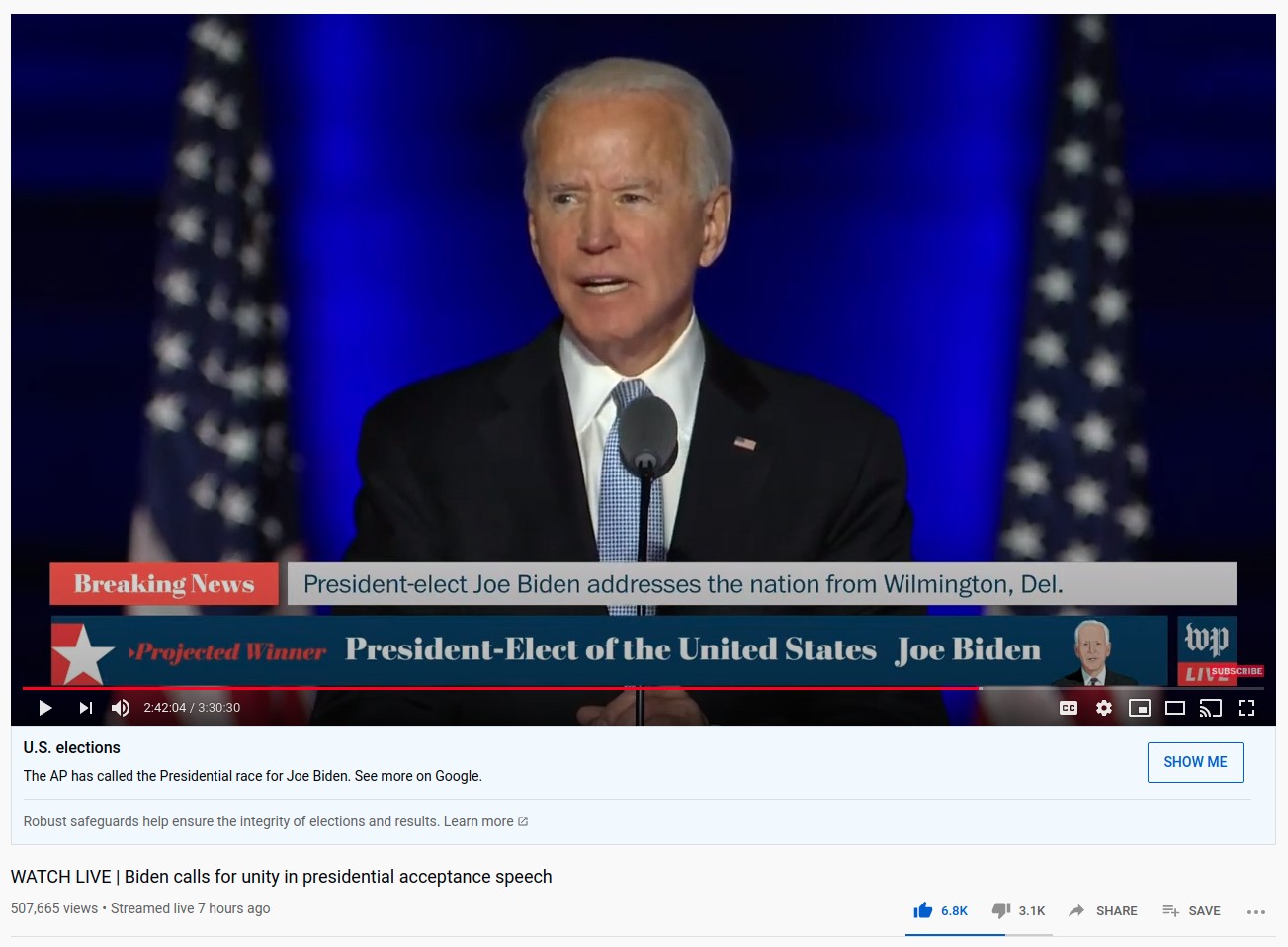 Both Kamala and Joe gave excellent, uplifting speeches, with Joe mentioning his deep-rooted faith in God on numerous occasions, as well as quoting a hymn and scripture. I could feel his conviction, his faith, and his hope.

5 key points–such a stark contrast to the opposition

Note that Joe and Kamala’s 5 main points for healing our nation are:

The empathy they both showed far surpasses anything from the president of the past 4 years. They have already brought hope in the presidency and for the future to me again. They are deeply committed to seeking unity among people of all political parties and backgrounds, and Joe emphasized his commitment to ALL American people, whether you voted for him or not!

Be sure to stay tuned afterwards for the really cool fireworks and drone light show. The drones are incredibly high-tech and well-orchestrated–it’s really cool. I actually applied for a job on that team making those drones, in 2017, and unfortunately didn’t get an interview at the time. As the “Electric RC Aircraft Guy”, with drones, flight, autonomous systems, and electric vehicles as a deep part of my passion and interests (ex: see this system I programmed here), it was a cool ending to two wonderful speeches, and really hit home with me.

In this image below, the American flag is made up of about 200 hovering, autonomous drones. 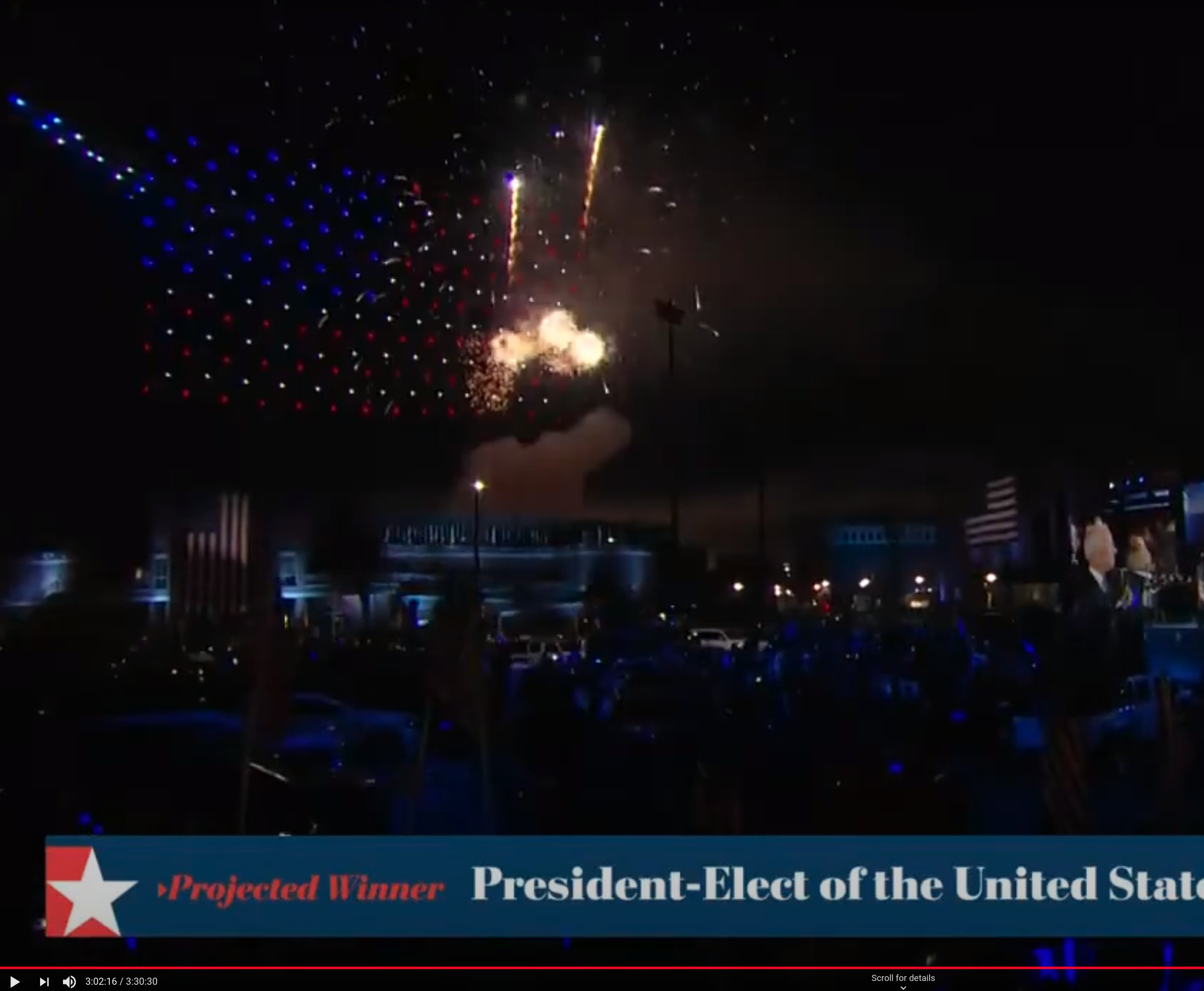